Plants and Wemyss Bay Station go together … it would seem forever

Plants are what started the formation of the Friends, and are a frequent talking point with the general public. Many reminisce about ‘the old days’ and just as many take delight in seeing the flowers appearing again in the station. At first we were anxious about the likelihood of vandalism, but that hasn’t happened, despite the station being open for 24 hours a day. 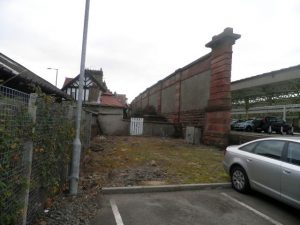 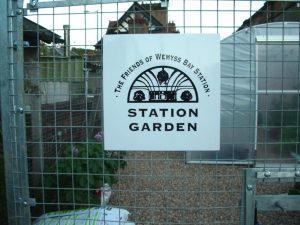 An interesting development has been the creation of the Station Garden. A corner of waste ground at the top of the carpark, part of a siding at one time, has been fenced off for us by ScotRail. There we have installed a polytunnel and half a dozen raised beds for growing vegetables or flowers, as the fancy takes the gardener responsible. The result in a small space of time has been a transformation, and attracts a lot of interest from the public. 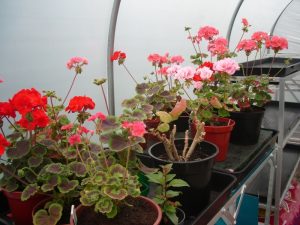 The tunnel is unheated but we have been able to overwinter pelargoniunms there, and cuttings. In the early spring a head start can be made by sowing beans and seeds inside the tunnel, prior to planting out in the raised beds or troughs. Some of the potted plants for the concourse are prepared there, and in the summer months, tomatoes and courgettes are grown. We have even been able to offer surplus plants for sale, and they are always popular.